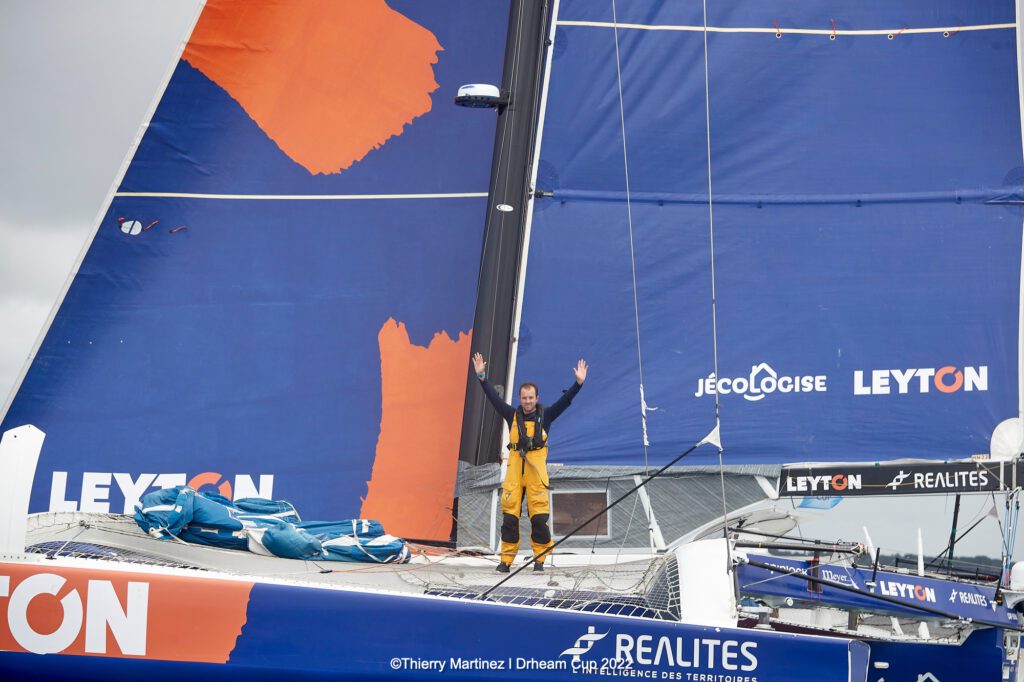 At 10h58’08’’ UTC wednesday, Sam Goodchild took line honours in the Drheam Cup in La Trinité sur Mer, south-west Brittany. Following a season in crewed configuration and a 2nd place in the Pro Sailing Tour, the skipper of Leyton returned to his trimaran in solo mode. Having already secured victory in the 1000 milles des Sables, the first singlehanded race of the spring, Sam is filled with confidence prior to the Route du Rhum – Destination Guadeloupe. Sébastien Rogues (Primonial) and Erwan Le Roux (Koesio) complete the podium for the Ocean Fiftys.

Posting a very fine start to the race as far as the Celtic Sea, the Briton then had to contend with some very fickle conditions, which forced him to be constantly on deck. 3rd the last evening, Sam didn’t let up the whole of last night, clawing back miles in relation to his rivals and pulling off some great moves, which enabled him to snatch control of the fleet the morning of the arrival. 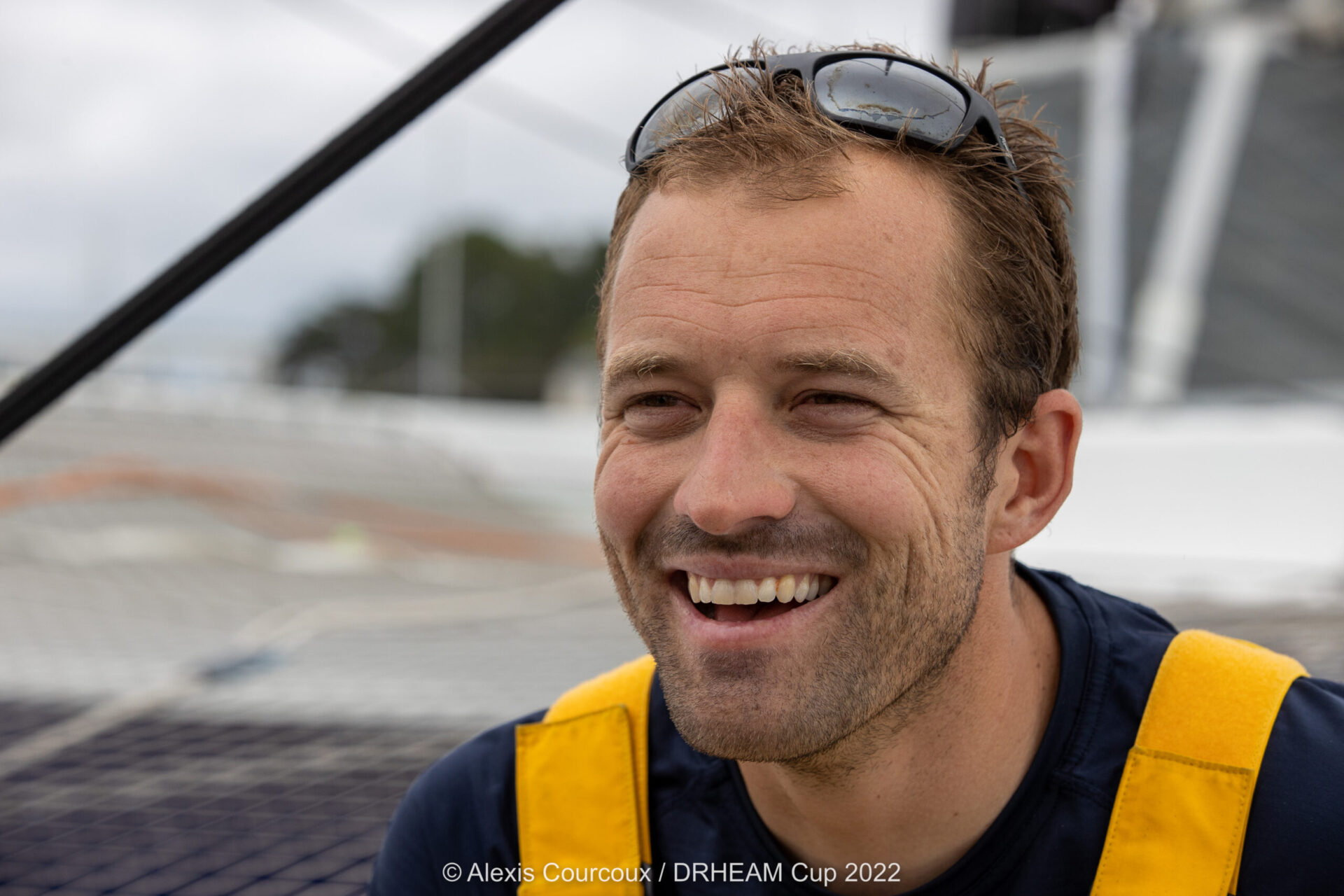 “I’ve never known a race like it! It was incredibly intense. I must have only slept for 2 or 3 hours since the start on Sunday. It’s worse than a Figaro leg, because you’ve got the added issue of being on a boat which can flip over! At the start, there was a lot of manoeuvring as we made our way along the coast of England and then, as soon as we arrived in the Celtic Sea, the wind didn’t stop changing. The alarms which indicate the changes in wind direction were going off the whole time. Last night, I didn’t want to let leaders Primonial and Koesio get away as I knew that was when the podium would be decided. If I hadn’t kept pace, I would have been done for, so I gave my all. At one point, we came face to face with the Mini 6.50 fleet in Les Sables – Les Açores – Les Sables. In the pitch black, having to make headway at 25 knots through a forest of Minis with fairly strong and shifty conditions was quite something!
I’m really pleased with my race. It’s been a big confidence boost on the boat. I’ve seen how hard I could push her and learnt that I can go fast without taking risks. Together with Primonial and Koesio we’re clearly in the match, which augurs well for the Route du Rhum.”

A very positive first half of the season then for team Leyton, who are already turning their attention to what comes next. From tomorrow, the Leyton trimaran will head back out to sea with Aymeric Chappellier, team manager and Sam’s co-skipper in the last Transat Jacques Vabre. He plans to complete his 1,200-mile qualifier to validate his status as replacement skipper in the Route du Rhum – Destination Guadeloupe. The shore team will then undertake a summer refit to give the boat a thorough overhaul prior to the start of the famous singlehanded transatlantic race on 6 November 2022 in Saint Malo. 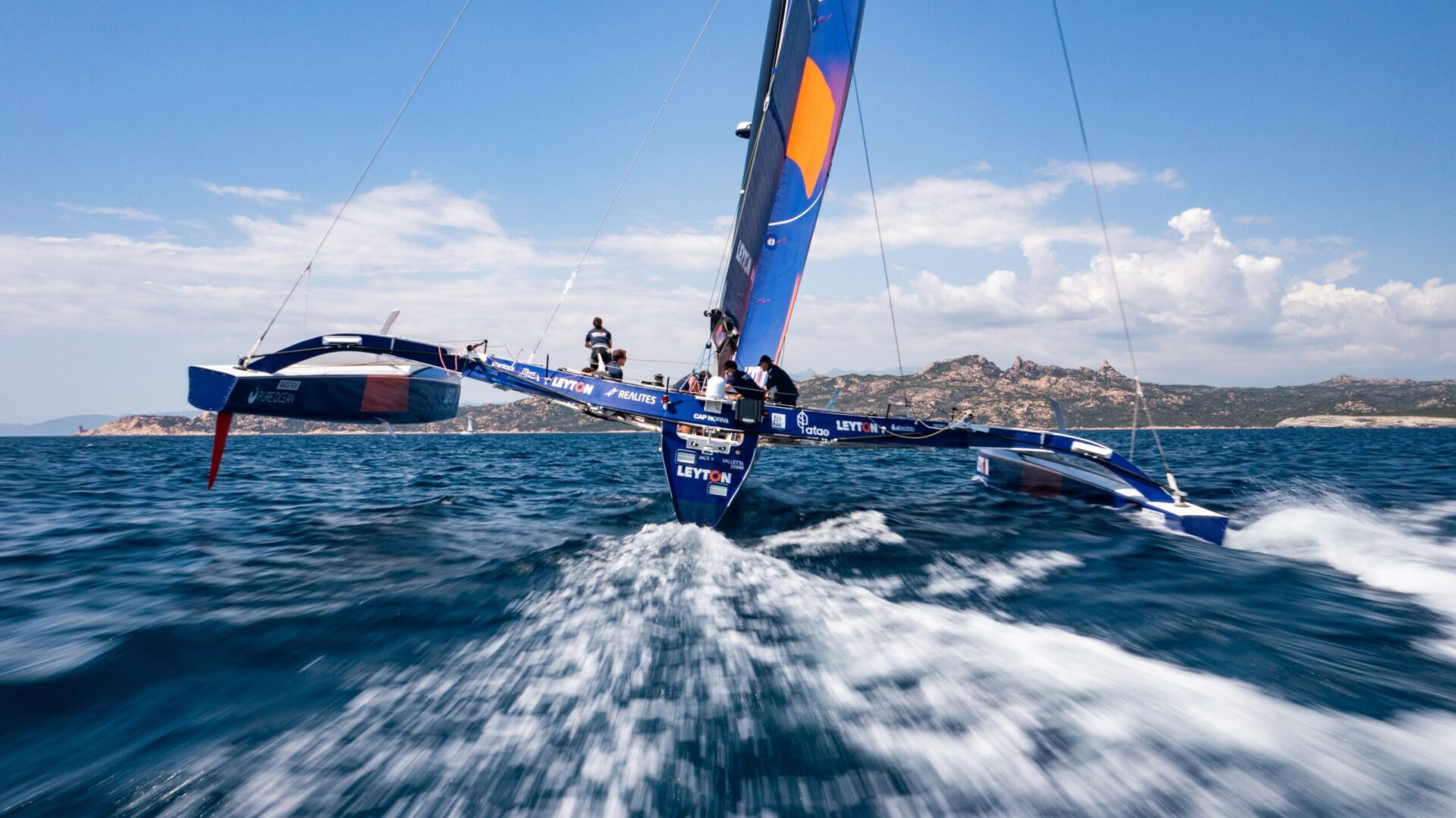 Find out more about the Leyton Sailing Team project 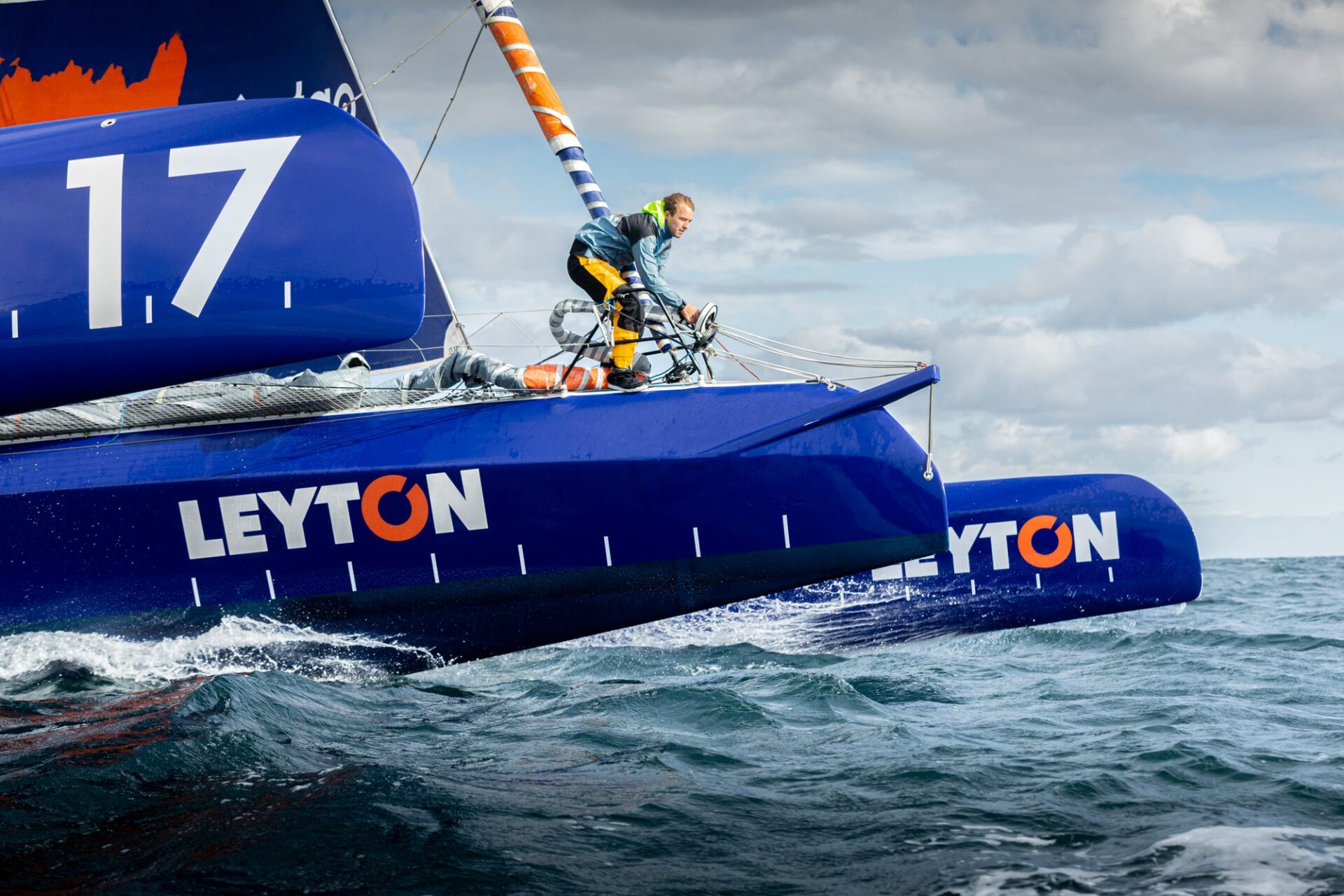 Sam Goodchild and Leyton take on a bold new challenge with the...

“Better Never Stops”. We too share this motto that punctuates Sam’s daily life. At Leyton, we lov... 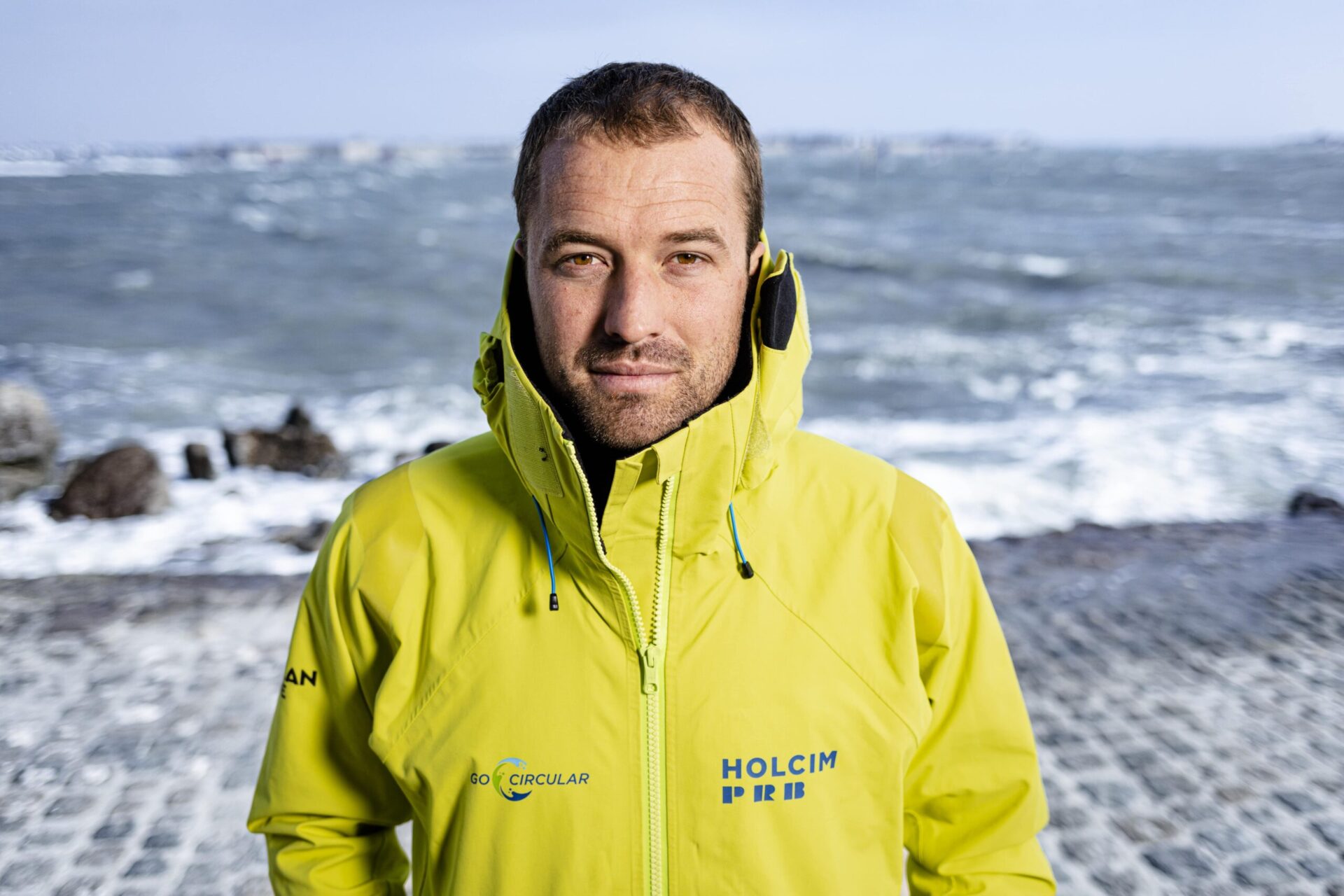 Sam Goodchild back out on the racetrack in The Ocean Race!

“Better never stops” is a motto which epitomises the mindset of Sam, who is constantly seeking to... 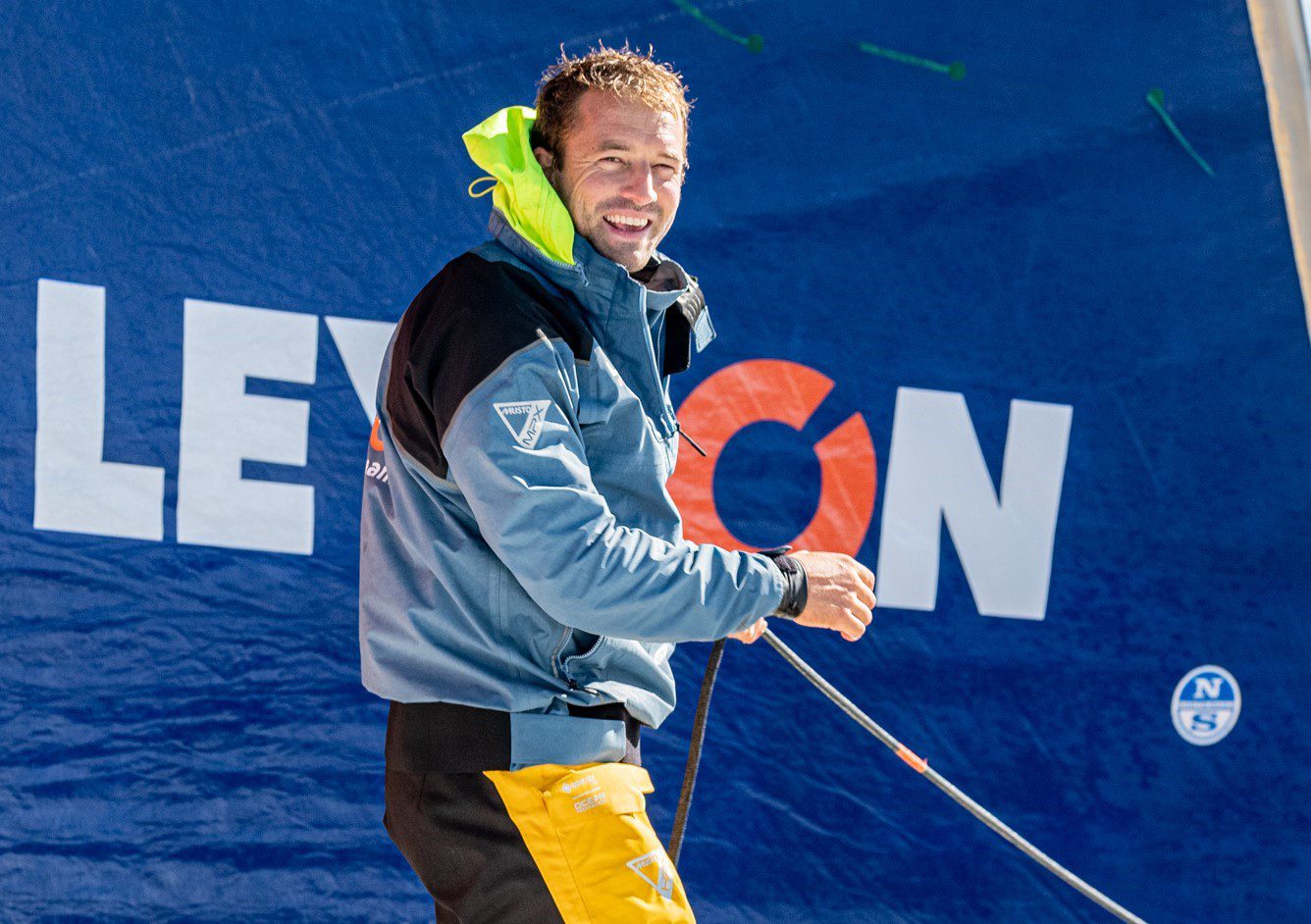 Sam is back home

After the incident yesterday on the start of the Route du Rhum, Sam is back home today! He warmly... 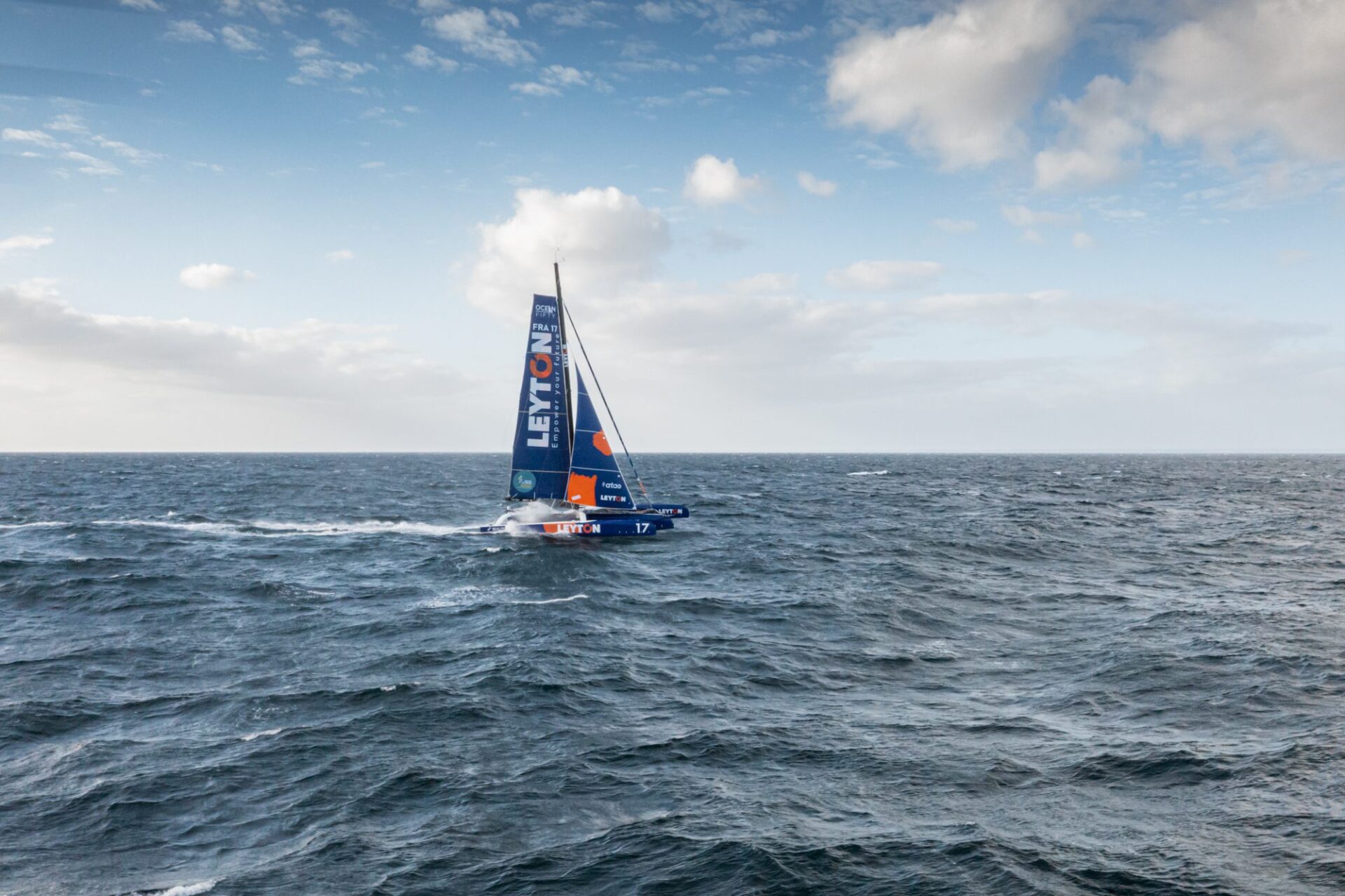 Whilst trimming the sails on his Ocean Fifty Leyton during the start phase of the Route du Rhum &...