The Biotechnology industry: a multidisciplinary science

Biotechnology is the study of biological systems and living organisms aimed at developing or modifying products or processes for practical purposes. This multidisciplinary approach can help address current challenges related to food, health, and the environment.

Nowadays, different issues lead companies to be more attentive to consumer health and to develop more eco-friendly food products. At the same time, access to new agricultural lands is becoming increasingly limited while the world’s population is growing rapidly.

Agricultural biotechnology is currently being used to complement and improve the efficiency of traditional techniques. Their combination aims to increase crop yields, strengthen plants against diseases, pests, and extreme environmental conditions (drought and extreme cold), reducing then the use of phytosanitary products while improving its nutritional quality where necessary. To achieve this, we can for example use genetic crossing between different species.  Specifically, we can manipulate a plant’s DNA for it to have a desired trait by introducing a gene that is identified as providing an advantage. This way, it is also possible to eliminate some undesirable plant characteristics.

Thus, biotechnology’s application in the agricultural sector makes it possible to improve plant breeding’s accuracy that would not be possible when only using the traditional crossing of related species. In addition, biotechnological processes are used in the agri-food industry to improve the process quality regarding the transformation of agricultural products intended for human and livestock consumption.

For example, fermentation, which is a biochemical reaction, that makes it possible to preserve food products longer by slowing down the natural degradation of microorganisms and increasing the food’s nutritional quality while facilitating the way we digest it.

Moreover, some enzymes derived from plants, microorganisms, and animals are added to food, such as protease to tenderize meat. The application of these enzymes allows the development of more health-friendly formulations for consumers by replacing certain synthetic chemicals. These biodegradable proteins are also used as biological catalysts which allow numerous industrial processes to be more ecological, called eco processes, due to their lower consumption of energy and chemicals which can be toxic.

Biotechnological processes are key to combating climate change by reducing the development of waste that is harmful to the planet. Specifically, biological systems such as micro-organisms are used to degrade pollutants in water, air, and soil.

Bioreactors or biofilters usage in the treatment of wastewater and industrial effluents aims to eliminate toxic substances contained in these substrates by bringing them into contact with microorganisms. In general, the latter are selected according to their metabolism specificity regarding the degradation of contaminants by using them as an energy source.

In the same way, anaerobic digesters are used to biodegrade solid waste, which allows a part to be used as renewable energy (biogas) while being environmentally friendly.

In addition, microbiological detectors are used to identify the presence of pollutants. These bio detectors are made of a biological system (enzymes, antibodies, bacteria, etc.) and an electronic device that allows measuring the number of contaminants. They operate thanks to a biological reaction when the substance to be detected comes into contact with the microorganisms.

Consequently, the activity of many biological systems makes it possible to limit the environmental impact by acting on the degradation (bioremediation) and detection of certain toxic products for the environment.

Many health breakthroughs have been achieved thanks to biotechnologies, as they allow certain pathologies to be treated and their presence to be better determined. Indeed, the activity of certain genetic diseases has been identified by DNA sequencing techniques, allowing the development of more effective treatments.

Among these biotechnologies is cellular therapy, which aims to replace defective cells with new ones generally derived from stem cells in order to treat a deficient organ or organism. Beyond tissue regeneration, artificial organs are currently being developed.

On the other hand, biopharmacy relies on living organisms’ activity such as antibodies to treat various diseases. They thus include all medicinal products whose active principle is associated with a biological source, such as antibiotics and vaccines.

As a result, biotechnology has contributed to the development of more effective biological drugs and new treatments. In addition, they represent a key element of therapeutic innovation.

In conclusion, biotechnology has allowed many advances, particularly concerning human health and our planet’s health. It is currently used in various fields and promotes scientific and technological advancement. However, its use is not unanimous because of its more controversial aspects such as genetically modified organisms. 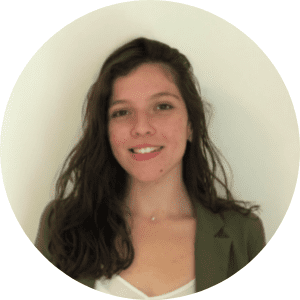 Artificial intelligence is taking over the business landscape. The Canadian government continues to...

In this article., discover how the Federal Budget 2022 is advancing innovations in the public...

The aerospace manufacturing sector in Canada is one of the most research and development-oriented...

Instantly Identify the Funding Streams Available for your Business with our New Grants Search Engine - FundScan!

We are happy to announce the launch of our new tool, “Fundscan”, which enables businesses to...