The recent judgment of Lohas Farm Inc. v. the Queen (2019 TCC 197) by the Tax Court of Canada holds significant relevance for companies currently operating or looking forward to operating under the Principal-Agent model.

The court upheld the concept of implied agency wherein the test of agency relationship is met in trade practice/ conduct in the absence of any written relationship.

In the instant case, Lohas Farm Inc. (Lohas) run by Mr. Liu, exported iPhones to markets where iPhones were not released at that time– Hong Kong, Taiwan. For this purpose, the phones were purchased from Vancouver-area Apple stores by friends and acquaintances (Buyers) to counter the Apple’s limit of 2 iPhones per day.

In the absence of any written agreement and only through verbal understanding all the dealing were done. The buyers were paid full reimbursement of phone value and commission for the work. Mr. Liu kept the record of the all the purchases – receipts, buyers details etc. Mr. Liu also regulated iPhone procurement by the Buyers.

Lohas, in its GST/HST return, claimed Input tax credit (ITC) of the iPhones purchased by the buyers under the view that such purchases were by buyers in the capacity of the agent under the principal-agent relationship and thus, Lohas were entitled to ITC.

Canada Revenue Agency (CRA) denied ITC under the reasoning that such purchases were not made on behalf of Lohas, were independent purchases, and later sold to Lohas. CRA also made a contention that the Buyers could not affect the legal position of Lohas.

Primarily, there were two issues to consider by the tax court:

Various legal aspects of the agency relationship were referred to and relied upon during the hearing. Justice D’Aurey found that the principal-agent relationship exists between Lohas and the Buyers on the premise that the Buyer could have affected the Lohas’s legal position under the authority given by the latter and Lohas controlled Buyer’s actions. Also, it was established that buyers were not operating on their own but on behalf of Lohas.

Further, the court approved of the reports prepared by the Lohas containing details of all iPhones purchased, ITC recorded, commissions, etc. as sufficient documentary evidence to claim ITC. ITCs were denied for a few cases where such records were not available.

Various court rulings in the past have laid down and discussed essential ingredients of the agency relationship, absence of written agreement, implied agency, the concept of beneficial ownership and this case adds to the list.

Since there are contrary rulings as well on a similar subject e.g. Ontario Inc. v. The Queen (2014 TCC 121)  wherein agency relationship was denied and consequently ITC was disallowed, CRA during the course audit/ assessment may take a narrow interpretation of the law and deny ITC. The minute facts of the case as to how the agency model is structured matters the most in the application of GST/HST law.

Note: Should you be running an agency model or plan to do it, seeking an experienced practitioner’s help is suggested. Leyton has a group of Sales Tax professionals who possesses vast experience in dealing with complex subjects like this. Contact one of our experts today! 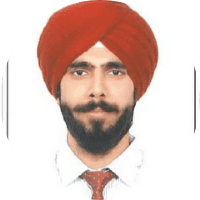