In the Arctic and Northern regions, living conditions are generally much more difficult than in other parts of Canada. In terms of housing, these regions suffer from insufficient, poorly adapted and unaffordable housing stock. In terms of access to clean water, again, conditions are more complicated than anywhere else in Canada because the water distribution infrastructure is deficient or fragile. In terms of health, the Arctic and Northern populations also face significant challenges. Access to health care is limited, and the range of care offered is incomplete and often ill-adapted, which has a disproportionate impact on the general health of the inhabitants of these regions, and more particularly, of the Aboriginal people.

In an effort to address these issues, NRC launched the “Arctic and Northern Challenge program” in early March 2022.

This program consists of a call for proposals for research projects on topics related to the 4 main themes of the program, namely housing, water, food, and health care for Aboriginal, Northern people, and communities. The projects selected will be eligible for funding of up to $5 million over three years to be paid directly to eligible recipients.

In doing so, and to achieve its stated objective, the program is intended to initiate applied research projects, advance technology, and innovation, and build research and development capacity in the North.

To be eligible, projects must have direct relevance to Arctic and northern populations. For this reason, the majority of research activities must be conducted on Arctic and northern lands and territories, including Inuit Nunangat, Yukon and the Northwest Territories. Each proposal must also be led by a principal investigator and project administrator from Canada’s North. And who should ideally be an Aboriginal person or a representative of an Arctic or Northern organization. Failing that, the project must include a funded partner who is Aboriginal or who represents an Aboriginal organization.

The eligibility criteria for research teams are oriented towards cooperation with indigenous peoples:

This is easily understood in light of the NRC’s desire. In fact, through this program, NRC wants to promote Aboriginal self-determination, respect and explicitly include Aboriginal knowledge and, consequently, foster collaboration.

The program has an envelope of up to $5 million over 3 years to support these projects. NRC plans to fund 6 to 15 projects requesting an annual allocation of between $50,000 and $150,000. Each project can receive up to 3 years of NRC grant or contribution funding to conduct research, acquire knowledge mobilization equipment or engage with the community. Projects of shorter duration will also be considered.

If you want to apply, you will have to be quick. Indeed, the first step of the application process – the submission of the letter of intent – ends on June 17, 2022.

The earliest possible start date for projects is March 3, 2023. 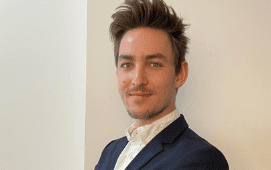 Grants as a financing scheme for SMEs

Small and Medium Enterprises (SMEs) are subject to a handful of impediments when it comes to...

The Future of Innovation as told by Leyton Employees - Collision 2022

During our time at Collision 2022, the Leyton team got a sneak peak of the latest up and coming...

Artificial intelligence is taking over the business landscape. The Canadian government continues to...

Accelerating the Digitalization of Canadian Businesses

Digitalization is a major challenge for Canadian businesses today that can be tackled with the...