The mechanisms of subsection 160 of the Income Tax Act and subsection 325 of the Excise Tax Act are to be considered with great attention as they may allow the Canada Revenue Agency to recover money for a debt from another person than the indebted taxpayer.

To put it another way, when you acquire ownership of a property from a person who is in debt to the CRA, the Minister will be able to recover the property to pay off the debt in question. However, this opportunity for action offered to the CRA applies under certain conditions.

When a taxpayer owes money to the tax authority and transfers a valuable asset directly or indirectly to a spouse or common-law partner, a minor (under 18 years old), or a person with whom the transferor was not dealing at arm’s length, the CRA will attempt to repay that debt with the person receiving the transfer of money or property.

How the CRA assesses the debt?

For this purpose, the CRA assesses the amount of the transaction either by the fair market value of the property or by the amount of the taxpayer’s debt (the lowest of the two). In the event that the person who received the property paid a certain amount in return, this amount will be deducted from the total assessed by the administration.

The Tax Court of Canada provides us with its understanding of this mechanism on this latest judgment of February 4, 2020. In this case, the Court finds whether a taxpayer’s deposit of funds into a jointly held bank account constitutes a transfer of ownership.

The taxpayer co-owned and ran a company that ceased operations in 2014. When the company went bankrupt, some unpaid debts from source deduction and net tax payable were left to be paid. In 2016, the Minister is asking the taxpayer’s wife to repay these debts – plus interest – by relying on subsections 160 of the Income Tax Act and 325 of the Excise Tax Act. Indeed, the taxpayer had transferred amounts of money into the joint account and some of these amounts were then subsequently transferred to his wife’s personal account. The Minister asserts this money should have been used to repay the taxpayer debts from his bankrupt company.

Nevertheless, the Court agrees with the argument put forward by the taxpayer and his wife that there had been no transfer of ownership when the money was deposited into the joint account, since, by definition, the husband still had ownership of the amounts. The CRA could and should have settled his debt directly.

On the other hand, the amounts subsequently transferred to his wife’s personal account or the money from the joint account, used to pay the mortgage on a house that was his wife’s exclusive property, came under section 325 (1) of ETA. In this case, the judge decides the reassessment of the wife’s liability to the only amounts that have actually constituted a transfer of ownership.

If you want to know more about the opportunity of recovery on your taxes, contact us today! 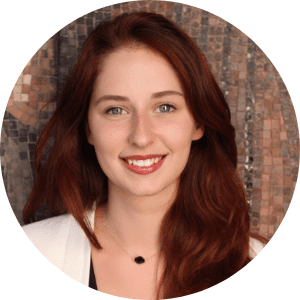