Update on the current SR&ED – review process with Revenue Quebec

Although Revenue Quebec has not issued an official statement regarding a modification of their procedures in the treatment of SR&ED claims due to the pandemic, we are seeing them following the Federal Government’s lead in this situation and expediting SR&ED assessments in order to ensure companies receive the amounts they claimed as quickly as possible.

While we are not certain if Revenue Quebec has temporarily stopped initiating new audits as the CRA has done, we do know that for claims which had been audited by Revenue Quebec prior to the confinement period (March 15th), the provincial government has elected to issue claimed amounts regardless of the state of the audit.

However, these audits are still ongoing, and any tax credits disbursed for such claims are still subject to modifications pending the results of the audit. In other words, companies with audited claims will receive their funds but are required to complete the audit to reimburse any amount that Revenue Quebec rejects based on the result of this audit.

Government funding programs continue to be key in economic recovery for all sectors. More specifically we are witnessing great efforts from organizations and enterprises to reform the new economy towards sustainability and resilience. In that context, we are experiencing uninterrupted support from government bodies mandated with green funds in assisting applicants and we, at Leyton, remain committed to assisting our clients in securing access to such funds. 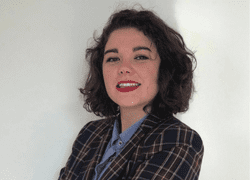