From local to international: boost an export project by understanding opportunities offered through major trades agreements

Under the unpredictable impacts of COVID-19, Canadian foreign trade severely declined in various sectors. However, it persists in being heavily dependent on its American neighbor. Exports to the United States (US) accounted for 73.5% of Canadian exports while only 48.8% of the country’s imports came from there. Once the need for export activities has been identified within a Canadian company, whether it is an SME or a larger company, only a minimum consideration is given to Where, as it typically tends to automatically target the US market. However, given that both exports and imports are accounting for two-thirds of the country’s Gross domestic product (GDP) and the political volatility of the United States on the international scene, Canada needs to take a step further in its international market development and grows in other parts of the world.

Before considering any destination, it is vital to have concrete answers to the What and Who question: What are we promoting to whom? This will be the very first step in any export plan and will allow undertaking thorough market research. As each and every company is unique, we can only encourage anyone willing to embark on such a project to work with all the extra help available. For instance, anyone could reach out to the Trade Commissioner Services whose mission is to help Canadian companies to navigate international markets’ complexities. Some markets are more attractive than what one might perceive on its own. As an export project has a higher profits objective, it would be very profitable to be aware of the current and future business opportunities sprouting up across the international markets.

Even if a good export project is targeting a very specific localized market, it is essential to understand how much the current economic interdependencies are shaping the contemporary world’s trade flow. As one of the most profitable advantages to benefit from when considering a foreign country as a potential target for export activities is its implication in a major regional trade agreement. Those agreements and can be seen as an opportunity for a long-term and enduring development over an entire region in the form of an ever-increasing sales income stream.

As of July 1st, 2020, the new Canada-US-Mexico Agreement (CUSMA) entered into force replacing the North American Free Trade Agreement (known as NAFTA). While CUSMA implantation made significant changes to the trade relationship between Canada, the US, and Mexico, many of the key NAFTA provisions remain intact in CUSMA.

In 2017, the value of trilateral merchandise trade, as measured by each country’s total imports from the other partners, was over USD 1.1 trillion. Since 1993, merchandise trade between the three members has quadrupled. It allowed all three countries to lower prices, lessened the risk of inflation, created jobs, and dynamized foreign investments. Due to recent demands from Trump’s administration, the Agreement has been updated. The CUSMA agreement will continue to support the integration and export activities across North America and all parties are committed to helping SMEs reap the benefits of their regional integration and supply chains. Regardless of business size, opportunities can be seized.

The European Union (EU)-Canada Comprehensive Economic and Trade Agreement (CETA) benefits SMEs as well. This trade agreement helps companies to expand their activities in both markets.

CETA eliminates or lowers trade barriers, fees, and export-related costs by offering simplified customs procedures and compatible technical requirements in both markets. Under CETA, 98% of Canadian goods are allowed to enter the EU duty-free. The idea behind CETA is to be SME friendly and help companies exporting and implementing their activities in both markets. CETA has done a lot to meet SME needs in terms of electronic commerce and government procurement. Defined and multiple business opportunities for Canadian SMEs can be found in Europe.

The Comprehensive and Progressive Agreement for Trans-Pacific Partnership (CPTPP) is a multilateral free trade agreement between Canada and 10 other Asia-Pacific countries. Signed in march 2018, the CPTPP forms a trading bloc representing 500 million consumers and 13.5% of global GDP, providing Canada with preferential access to key markets in Asia and Latin America. The CPTPP reduces fees to make exports cheaper, allowing Canadian businesses to be competitive in Asia-Pacific markets and, in some cases, give them the first-mover advantage.

On 1 February 2021, after leaving the European Single Market, the United Kingdom’s government applied to join the partnership.

It is also important to highlight and consider major trade agreements in regions where Canada is not involved yet. As for example, Canada does not currently have a free trade agreement with any African country. When, in 2018, two-way merchandise trade between Canada and South Africa totaled $1.37 billion, consisting of $410.8 million in exports from Canada, and $962.9 million in imports from South Africa. There are a lot of opportunities on this multilingual and growing continent.

Many countries everywhere in the world are building fiscal and financial resilience and are investing in preparedness as they are working on reducing the large human and economic costs caused by climate change.  Whether it is in Africa, in Europe, within the Caribbean any export project must also aim to develop new sources of economic growth and high productivity jobs, which will require investing in people and climate adaptation.

The Common Market for Eastern and Southern Africa (COMESA) is the largest regional economic organization in Africa. COMESA’s current strategy can thus be summed up in the phrase ‘economic prosperity through regional integration. With its 21 Member States, a population of over 583 million, and a Gross Domestic Product of USD 805 billion, a global export/import trade in goods worth USD 324 billion, COMESA forms a major marketplace for both internal and external trading. Geographically, COMESA is almost two-thirds of the African Continent and covers 12 million km2.

The Caribbean Community (CARICOM) is home to approximately sixteen million citizens, 60% of whom are under the age of 30. It is an organization of fifteen entities throughout the multilingual Caribbean community having as primary objectives to promote economic integration and cooperation among its members as a lot of countries is dependent on exports.

As trade in the Caribbean makes an essential contribution to increasing employment and reducing poverty by supporting growth, the CARICOM major activities are meant to create an attractive economic development area for foreigners and economic dynamism. It involves coordinating economic policies and development planning; operating as a regional single market for many of its members and handling regional trade disputes.

Like most small islands, Caribbean economies are relatively open to trade. Countries in the Caribbean are exceptionally open to international trade and so to Canadian businesses that are ready to invest.

If you want to know more about the major trade agreements, you can watch the series of videos where our Government Grants Consultant, Antoine Giroir will guide you through the nature and evolution of all the agreements. 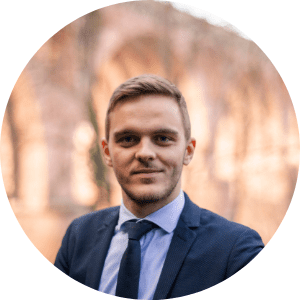