In the current digital era, the use of credit cards/ debit cards is the predominant means used by multiple customers while purchasing goods or services. Owing to this, the merchants procure card payment services from various payment processing centers which enable them in processing the card transactions by virtue of communicating with the card-issuing banks and card issuers.

Typically, financial services are exempt from GST/HST (collectively referred to as “GST”) subject to few exceptions. In this article, we shall be briefly discussing the GST implications on such transactions as held by the Tax Court of Canada (“TCC”). Prima-facie, the tax implications would broadly be, either of the following:

In light of this conundrum revolving around the taxability of such transactions, the Tax Court of Canada (“TCC”) issued its decision in the case of Zomaron Inc. v. The Queen (2020 TCC 35) on 28 February 2020. Vide the decision, the TCC has held that ISO/MSP like Zomaron Inc. (“Appellant”) are intermediaries providing exempt financial service to the payment processors by connecting them with the potential merchants who require the payment processing services.

The decision has been explained in detail in the subsequent paragraphs.

A. Background of the case:

2. It is pertinent to note that the Appellant’s compensation is dependent on whether a financial service is ultimately provided by the processor to the merchant or not. In others words, its share increases with the increase in quantum of the payment processing transactions processed by the Processors for the merchant.

3. The Appellant does not collect GST on the fees received as consideration from the Processors for providing the aforesaid services.

The Appellant contested that its services constitute a “financial service” and are therefore exempt from GST pursuant to Schedule V, Part VII of the ETA.

On the contrary, the Respondent asserted that the supply of services by the Appellant to the Processors were preparatory and promotional in nature where the Processors are actually paying for the promotion of their own services. This view is further augmented by the fact that the fee paid to the Appellant will be more if the Appellant recruits more merchants. Accordingly, such promotional services fall outside the purview of the definition of “financial service” and hence is a taxable supply.

Given the continued involvement of the Appellant as explained above, the TCC rejected the Respondent’s plea that the Appellant should have had much more involvement in every transaction and cannot be treated as an intermediary facilitating the said financial service.

2. The TCC acknowledged the clear linkage between the modus operandi of the Appellant with the merchants and the Processors establishing thereby the fact it is indeed an exempt financial service arising out of the “arranging for” of the processing services offered by the Processors to the identified merchants.

3. Additionally, the TCC gave due prominence to ascertaining the predominant element of the supply by the Appellant which was the intermediary service of “arranging for” payment processing services, which is essentially the reason they are being paid. Further, TCC held that even if there would have been an iota of promotional service being provided along with this, the same would not have been formed part of the main supply which is the intermediary service.

4. In light of the findings, the TCC held that the Appellant is engaged in the rendition of intermediary services falling well within the purview of the definition of financial service thereby making it exempt from tax.

The decision acts as a guiding light for many taxpayers who are engaged in providing facilitation services. It is worthwhile to note that the TCC has recognized that bringing two parties together is sufficient enough for qualifying as an intermediary and it is not required that such an intermediary needs to be given complete authority in the chain of transactions. The ruling is definitely a welcome move for taxpayers who struggle with interpreting the Law when it comes to financial services.

Note: For discussion on these aspects and to learn more about Leyton’s experience dealing with similar scenarios, you can reach out to our experts at Leyton. 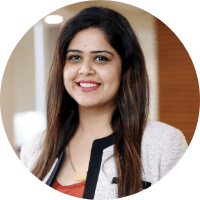