AI industry and its impact on our society

Artificial Intelligence (AI) industry had definitely impacted our society and our way of living. IBM gives us a clear definition of AI as being “the science and engineering of making intelligent machines, especially intelligent computer programs”. To put it in simple terms, these machines will learn human-like levels of intelligence. But artificial intelligence is not just that; AI industry covers a vast territory in advanced technology. Machine learning and programs can allow to do multiple things, combined with data, analytics and automation. Businesses can constantly improve their supply chain and offer more complex solution in times that would probably have been difficult to achieve with human resources.

But, AI is also present in our day-to-day life: in apps, website, in our cars, home, etc.. But their efficiency tends to be limited to their assigned tasks.
We can notice that AI can be a powerful resource if it’s being pushed to grow, but even with limited tasks it can offer greater efficiency to its users.

AI becomes a bigger deal when it comes to technology and science business. As mentioned earlier, replicating the human intelligence has been a big deal in this sector. The wish for humans to be able to produce a machine or program that could perform as even or better than the human brain has been a fantasy for a long time. For now, we still need cooperation between human and machines even with the most advanced AI that we know of.

Canada is one of the leaders in the AI industry, especially regarding its talent pool, research hub and big contribution to innovation. The challenge is now to keep cultivating its strengths, such as strong research and innovation ecosystem, and great support to AI’s companies. In 2017, the Pan-Canadian Artificial Intelligence Strategy was launched to support R&D in the AI sector and develop the talent pool.
The 3 largest AI research institutes of Canada are MILA in Montréal, Amii in Edmonton, and Vector Institute in Toronto. These institutes provide enough funding to support the AI sector’s growth.

The Quebec government is supporting AI research and invested $80 million the last few years to strengthen MILA’s role in the growth of Québec’s AI sector. McGill University and Université de Montréal were granted $84 million and $93.5 million from the Canada First Research Excellence Fund. Google has also invested $4.5 million at MILA for research.

Montréal is a major hub for AI research and development, because of its concentration of expertise. There’s more than 250 researchers and doctoral students. We can name, for example professor Yoshua Bengio, who is head of the Learning Algorithms (MILA). In terms of companies there’s also big names that are investing in the city, including DeepMind, Facebook, Google, Microsoft, Samsung and Thales. All these companies allows a great competitive environment and the stimulation of innovation, but also the creation of jobs in the area, for example 200 people were employed at Microsoft Research in 2017 in research and engineering. The talent pool in Canada is well known for being a highly educated workforce and is ranked in the top 20 cities in North America for its tech talent. While Montréal is famous for its research hub, Toronto has the highest concentration of AI start-ups in the world. Montréal also hosted a North American summit on AI during 3 years.

Canada wants to help companies to develop strategies which can optimize the commissioning of products in the market. These companies believe that AI can be used in various steps of the production, and in the overall routine for faster results and a better automation. But these companies will need support to do so. For this reason, Federal artificial intelligence agency Scale AI, announced the Supply AI program, which, among other things, could guarantee companies’ exposure to potential new investors. Supply AI is a program in partnership with Scale AI to support the acceleration of high-potential companies that works on AI and intelligent supply chain. The organization MaRS (a launchpad for science and tech startups) is hosting the program.

In 2019, AI companies in Canada also received around 650 million USD in venture capital, a symbol of the belief from investors that the future of AI industry in Canada is promising.

But AI has limitations that must be discussed as such. Even if the algorithms are complex and tends to imitate the human brain, it still very much depending on human monitoring to ensure it’s working efficiently. AI is limited to pre-programmed tasks that doesn’t leave room for decision making. Although great progress has been made in this area, we are still in the early stages. For this reason, there is no particular notion of privacy and security, which could lead to ethical problems. In some circumstances it can even be dangerous for humans. A telling example is that of the autonomous car. Technological advances would like to develop autonomous cars that would no longer depend on humans but on an AI allowing complete control of the vehicle. Although these technologies seem promising, a program or settings error could have serious repercussions on the users. The limits on safety then make us wonder if although these data models are tricked to improve them, the margin of error could have serious repercussions on the human.

While AI is still having great days in Canada, it’s important for AI companies to stay nimble and keep innovating. With public and private funding, a world-renowned research center and a large pool of tech talent, all the keys are in hand to maintain its world-class AI ecosystem. Even though AI faces great challenges in its ability to be fully autonomous and safe for humans, the perpetual research in this field leaves the possibility for many improvements and promising revolutionary AI-related technologies that will certainly have a positive impact on many industries. 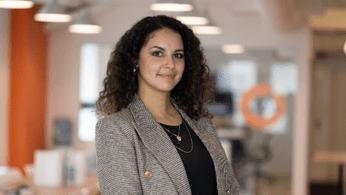 Watch our expert share all the details on the EcoPerformance Program and how you can access this ...

In this new article, our expert explains how artificial intelligence can succeed in developing fo...

Biomedical engineering has produced some of the most innovative and life-saving inventions of our...